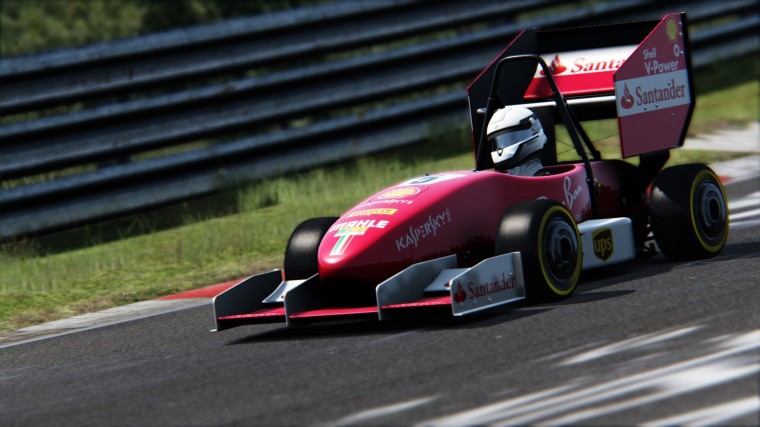 This is not your average open wheeler!

The Formula Student, known in the rear world and primarily to a select few in the Australasian University racing circuit as the UCM 2016, is a race engineer’s dream.  It sports 4 individually controlled electric motors, driving all 4 wheels of this carbon fibre monocoque sporting open wheeler.

It weighs just 225kg without the driver, and in standard 80kW or unrestricted 120kW mode, this car gets up to speed fast.  It does however top out at about 145km/h under normal circumstances and with a baseline setup.

So what place does this free mod play in the Assetto Corsa community? Maybe nothing, maybe it’s very niche, but who cares? It’s rare to have this much fun in a car!

In case you’re wondering, the Formula Student also operates under the name of the UCM 2016. What is UCM? University of Caterbury Motorsports. This car was the 2016 entry for the Univerity motorsports series. It’s entirely student built and operated. It garnered a lot of attention upon its release, and was the recipient of several awards, and deservedly so.

In summary, this vehicle is really well modeled and a blast to drive. I’d recommend you download it today.

The Formula Student is currently in version 0.9, and can be downloaded here: http://www.racedepartment.com/downloads/formula-student-ucm-2016.19272/

The Ferrari livery for this car can be downloaded here: http://www.racedepartment.com/downloads/ucm-2016-formula-student-ferrari-livery.19303/

Watch the video now at https://youtu.be/gqMS-SlEQ08